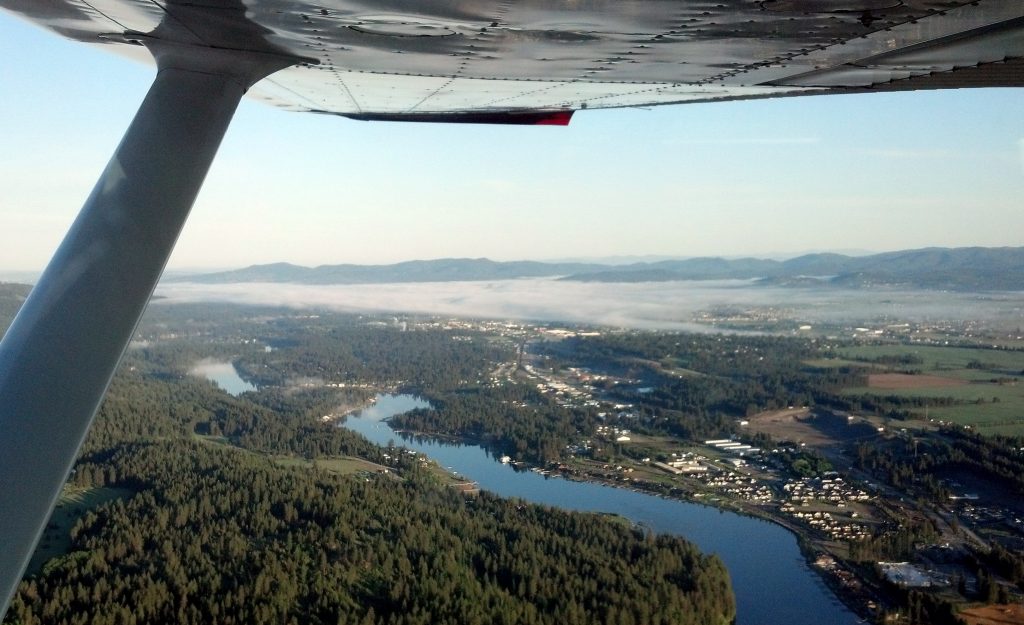 Airborne magnetic surveys are the most common and, for most exploration applications, the most effective way of making magnetic measurements. Airborne magnetic data acquisition has a number of advantages over land and marine-base surveys. Rapid speed of acquisition is beneficial when dealing with the time-variations of the magnetic field. The survey height of an airplane has the advantage of moving the measurement point away from the influence of near surface magnetic disturbances that are usually not of exploration interest.

As the aircraft flies, the magnetometer measures and records the total intensity of the magnetic field at the sensor, which is a combination of the desired magnetic field generated in the Earth as well as tiny variations due to the temporal effects of the constantly varying solar wind and the magnetic field of the survey aircraft. By subtracting the solar, regional, and aircraft effects, the resulting aeromagnetic map shows the spatial distribution and relative abundance of magnetic minerals (most commonly the iron oxide mineral magnetite) in the upper levels of the Earth’s crust. 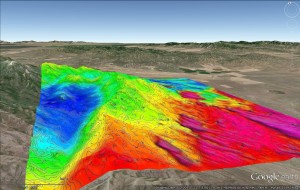 Because different rock types differ in their content of magnetic minerals, the magnetic map allows a visualization of the geological structure of the upper crust in the subsurface, particularly the spatial geometry of bodies of rock and the presence of faults and folds. This is particularly useful where bedrock is obscured by surface sand, soil or water. This allows for several applications of magnetic surveys:

Instrumentation and Type of Surveys

EDCON-PRJ uses a Cesium Magnetometer manufactured by Geometrics. The system’s high performance and multi-function capability are excellent for mapping geologic structure, for mining, oil and gas exploration and the detection of buried drums for environmental surveys. More information on magnetometer. 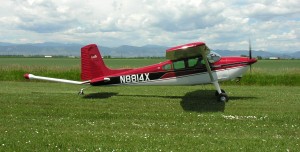 By far the largest number of surveys and quantity of data are acquired utilizing fixed-wing aircraft.  The sensor is typically mounted in a tube aft of the aircraft called a stinger to minimize the effect of the aircraft’s magnetic field.

Using a fixed-wing aircraft, large areas can be covered economically and rapidly. Because the measurements are made from the air, issues of land access and the effects of ground clutter are avoided.  EDCON-PRJ has conducted over 100 fixed-wing surveys in North America over the past ten years. Our experience in survey design, acquisition and processing of this data ensures our clients a successful geophysical program. Cessna 180 SpecSheet 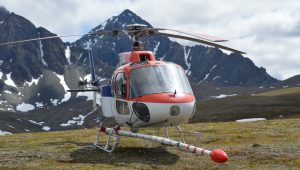 Helicopters are used for low-level surveys in terrain that would be impossible to follow in a fixed-wing aircraft. Helicopter surveys are conducted with a magnetometer sensor slung from a long cable below the vehicle, or in a forward- mounted stinger. Although helicopters have significantly higher operating costs than fixed-wing aircraft, our ability to mobilize equipment and aircraft quickly and acquire data efficiently allows for a very good return on the investment for detailed surveys in rugged terrain. Helicopter Surveys Spec Sheet 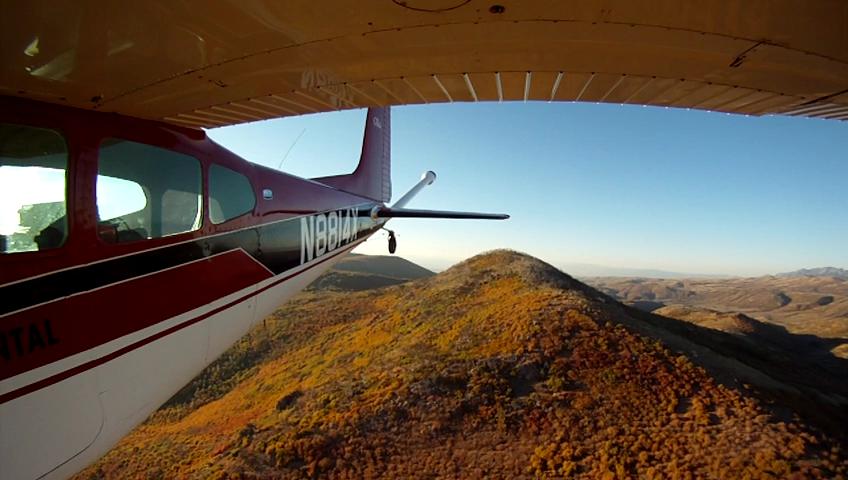 Most surveys require that the aircraft be flown at a constant altitude above terrain while acquiring data. We conduct fixed-wing and helicopter surveys using pre-programmed drape surfaces. These navigation systems provide our pilots three-dimensional guidance with the highest resolution and accuracy available today, while incorporating each specific aircraft’s safe flight characteristics.

Magnetic survey design is driven by a combination of technical and practical considerations. Each survey is different, and special circumstances in any given area may dictate a different approach to the survey layout. At EDCON-PRJ, we have over 40 years experience designing the optimal survey for your projects specific needs. A detailed discussion of Magnetic Survey Design, by Dr. Richard A. Hansen, is offered here.