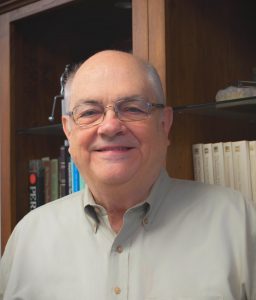 Michael J. Hall is the president of EDCON-PRJ and the principal designer of the company’s extensive software library. His early experience includes the design of seismic processing systems and the first commercial shipborne gravity processing system. Mr. Hall played an essential role in designing and implementing EDCON-PRJ’s two- and three- dimensional gravity and magnetic inverse modeling packages. He is recognized in the exploration industry for his comprehensive grasp of geophysical principles, computer programming, hardware and software system design, and his effective application of computer technology to geophysical problems. He has co-authored a number of papers presented to the Society of Exploration Geophysicist. Mr. Hall received a B.A. in mathematics from St. Thomas University, Houston, Texas.

Alan T. Herring is a co-founder of EDCON-PRJ.  Improving the resolution of gravity and magnetic measurements is central to his continued interest in using gravity and magnetic survey data to solve geologic problems.  Mr. Herring has been largely responsible for initiating a number of technical innovations, including advances in shipborne data acquisition and processing.  His work at EDCON-PRJ to improve the Eötvös correction led to the first use of GPS with a high-resolution marine gravity system and the introduction of one-second data sampling for marine gravity.  He has presented papers to the Society of Exploration Geophysicist and has co-authored papers in Geophysics and elsewhere. He served as Associate Editor of Geophysics for gravity from 1974-1975. Mr. Herring received an M.S. and B.S. in geophysics from Stanford University.

Michael Hobbs is EDCON-PRJ’s VP of Operations.  From 2011 through 2016, he served as the company’s VP of Airborne Services.  Prior to that, Mr. Hobbs conducted helicopter and fixed-wing based airborne surveys as a contractor for Pearson, deRidder and Johnson (PRJ) and then for EDCON-PRJ from 2005 to 2010. He was a data acquisition technician during that period and was instrumental in the development of high-resolution aeromagnetic surveys using ultralight aircraft.  Mr. Hobbs holds a degree in Geology from Colorado State University and has over 40 years of experience in the earth sciences including mineral and oil and gas exploration, ground geophysics, permitting and compliance, and operations management.

Charles Saulter joined EDCON-PRJ as the Marine Operations Manager in February of 2017.  He has over 25 years in marine seismic operations that include overseeing marine gravity and magnetic operations on seismic vessels.  Mr. Saulter worked with PGS from 1993 to 2015.  His work for PGS began in offshore seismic exploration as a senior navigator.  In 2007 he became an Operations Manager for North and South America based out of Houston.  Chuck holds a Computer Science degree from Florida State College at Jacksonville. 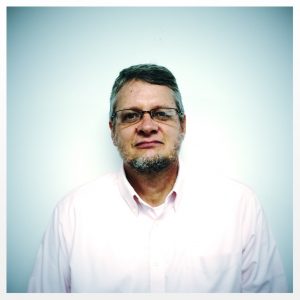 Darrel Landis joined EDCON-PRJ 1985.  He has since worked in all aspects of the company’s gravity and magnetic services including acquisition, processing, and interpretation of airborne, land, and marine.    He has developed a high level of skill and expertise in gravity and magnetic data evaluation and processing.  Mr. Landis has a Bachelor Degree in Geological Sciences from the University of Washington, Seattle.

Andrea Balza is a Geophysicist at EDCON-PRJ who works with clients to ensure rapid and accurate gravity and magnetic data processing and mapping.  Over the last 4 years, working with various challenging data sets, she has developed the ability to optimize resolution and quality.  Ms. Balza is the recipient of the Mendenhall award for outstanding achievement in the Geophysics department in Colorado School of Mines and has published and presented her work on “Joint Analysis of time-lapse gravity to monitor a gas reservoir” at the 2016 SEG annual meeting.  Prior to working full time at EDCON-PRJ, Ms. Balza received her Master’s Degree in Geophysics from Colorado School of Mines and her Bachelor’s degree in Geophysical Engineering from Universidad Simon Bolivar in her home country, Venezuela.