From the early stages of exploration to prospect evaluation, integrated gravity and magnetic interpretations contribute to more effective exploration.  Such interpretations aid in preplanning seismic surveys and serve as an independent check on seismic interpretations in difficult areas.  They also provide the basis for an integrated approach to determination of density, verification of basement, information on fault offsets, and much more. 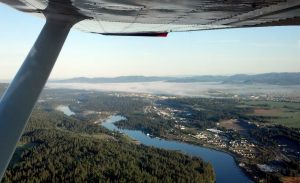 The Role of Aeromagnetic Data in Exploration

Aeromagnetic data reflect the varying rock types in the crust. Quantitative interpretations of aeromagnetic data, integrated with the known surface geology, can delineate many structures and plutons that control the location of mineralization. Major, deep-seated structures are often manifested in the magnetic data by alignments of magnetic discontinuities. Plutons, particularly those of Tertiary age, frequently exhibit prominent magnetic anomalies. As a general principal, low-level surveys are more influenced by variations in near-surface rocks, and higher-level surveys “look” deeper, i.e. they map changes in rock-types at greater depth.

EDCON-PRJ has been providing integrated geological-geophysical interpretations to the mineral exploration industry for decades. The geophysical analysis is quantitative, provided that profile data are available. Causative sources are delineated, and depths, magnetic susceptibilities, densities, and geometry are estimated. Structural elements, faults, lineaments, and magnetic discontinuities are identified. The geophysical analysis is then integrated with the geologic data base, including radiometric age dates on plutons, volcanic rocks, and mineralization, to put the geophysical interpretation into a geologic context. Finally, the interpretation results are related to known mineral occurrences to identify the geological-geophysical parameters that appear to control the location of the mineral occurrences.

EDCON-PRJ performs confidential interpretations either in its own office or in the customer’s office.